We would like to thank everyone who attended the Spokane Riverfront Park Update event. We sincerely hope that you found it valuable.

A year ago, the Spokane Parks Department presented the Riverfront Master Plan to our membership.  Since then, the Spokane Voters have approved $64.3 Million Capital Improvements Bond that will fund the proposed improvements.  Both Leroy Eadie and Juliet Sinisterra,  both with the City of Spokane, are back  to present on the next steps and overall process for design and construction of the park.  They will also highlight ways that citizens can become involved this coming year.

Leroy Eadie is a long-time City of Spokane manager who began his career at the city in 1994 in the planning department. In 2007 he was appointed Planning Director, and in 2010 he was appointed Parks and Recreation Director. Leroy grew up on the Colville Indian Reservation, is an enrolled tribal member and graduated from Okanogan High School in 1985. He holds an Urban and Regional Planning degree from Eastern Washington University. Eadie has one son, Grant, who currently attends Western Washington University.

Juliet Sinisterra has served as Project Manager and primary author for numerous planning studies in the Pacific Northwest including management of a 2-year study for the Tacoma Art Museum through Olson Kundig Architects, an internationally recognized design firm in Seattle. While at Olson Kundig, Juliet also worked on various planning studies including the Jimi Hendrix Museum (now the Experience Music Project), the Bellevue Art Museum, the Burke Museum and Antioch University Seattle.

Since returning to Spokane in the late 1990s, Juliet worked at Integrus Architecture and served as Project Architect and Lead Designer for the Gonzaga Preparatory School Master Plan and Barbieri Student Center.  Juliet also served as the President for the Inland Chapter of the Northwest Ecobuilding Guild from 2006 through 2009.  Juliet is a small business owner in Spokane.

This meeting is sponsored by Lydig Construction.

RSVP by Monday, June 8 to guarantee your seat at this presentation 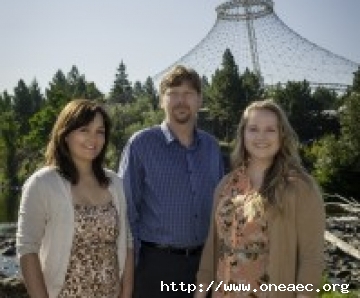